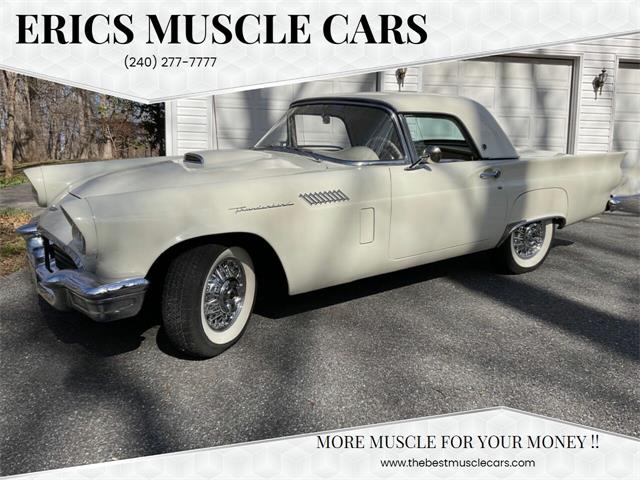 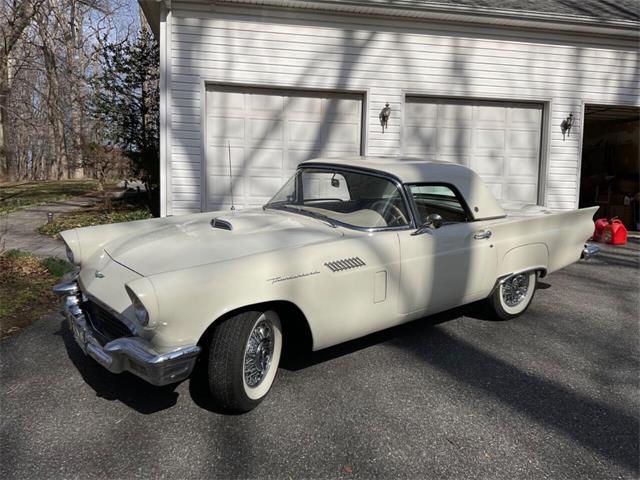 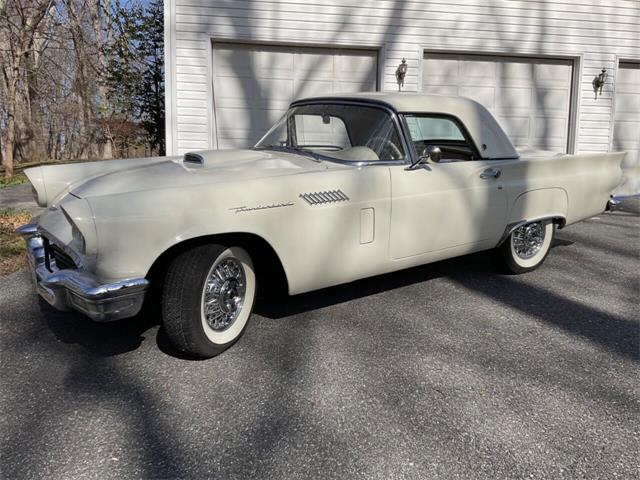 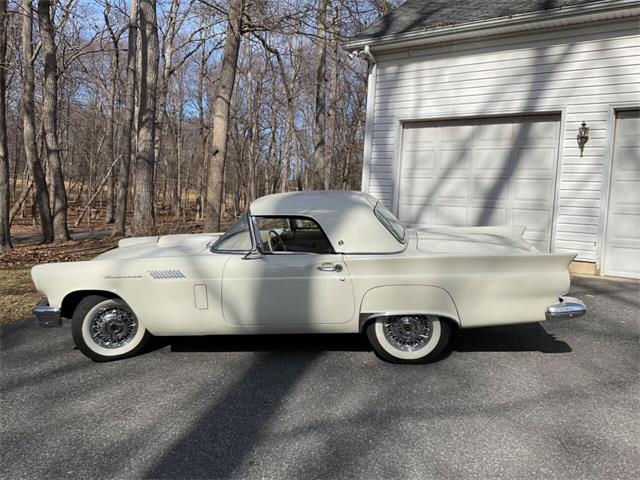 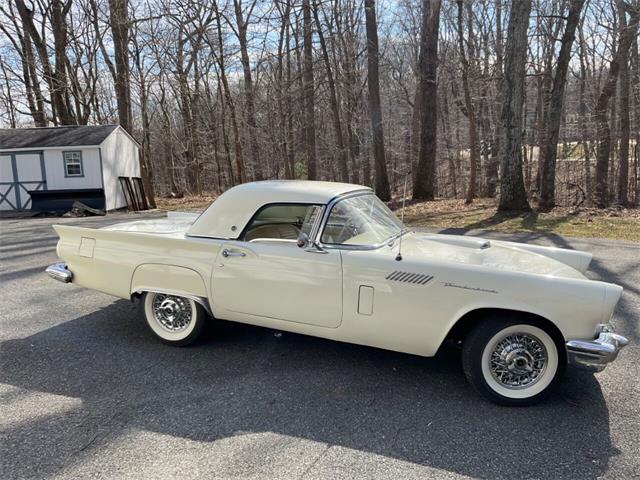 Eric's Muscle Cars is proud to offer this ultra rare "E" Bird with only around 1500 produced. Powered by the original 312 Rated at 270 HP @4800 RPM. With a dual 4-barrel carburator set up. Many dual four barrel over the years were converted to single 4 barrels making this all original Baby Bird that much more rare. This car has the original dual Holley 4000's (Tea Pots) add power windows , power seats and power steering. The factory also gave two options for the hard tops. One option has the port holes cut in the sides to increase visability. Which are seen on most T Birds. This car has the non-portal hard top. Called a Medallion Top which you don't see that often. This beauty was only driven 2,945 miles over 16 years by the current owner and Was when purchased with 106201 appears as 6201 onthe odometer. Now 109146 appears as 9146 on the odometer. Bought on 7/22/2005. Garage kept and covered. Have receipt for most items listed. Original rims purchased with car were not correct rubbing interior tires. Bought Coker tires and Coker Kelsey wire rims installed 9/12/2005 Town and country radio repaired by D&M restoration to play and watch seek scan in 1/30/2006. Lasted about 10 years. Manifold restore by Jerry Mac Neish's Camaro Hi-Performance in 11/8/2012. Both Holley 4000's rebuilt 3/11/2013 by Mr Stutz in PA. Purchased and installed gas tank (Concours Parts) 2/20/2013. At request of carburator builder to eliminate possible rust in old fuel tank ruining new carburator rebuilds. After repairs used only premium gas without ethanol. New Convertible top cover installed by Doug's Upholstering Inc 3/30/2016. Top removed after a month and hung in basement straight to keep from creasing. New generator and voltage regulator (Concours Parts) installed 3/18/2021. Other items included. New brake shoes in boxes, extra motor pulley for possible A/C hook up, new correct Aluminum radiator in box, four ford hub caps, correct spare tire in trunk, old ford jack in trunk, 1957 Ford and Thunderbird shop manual.