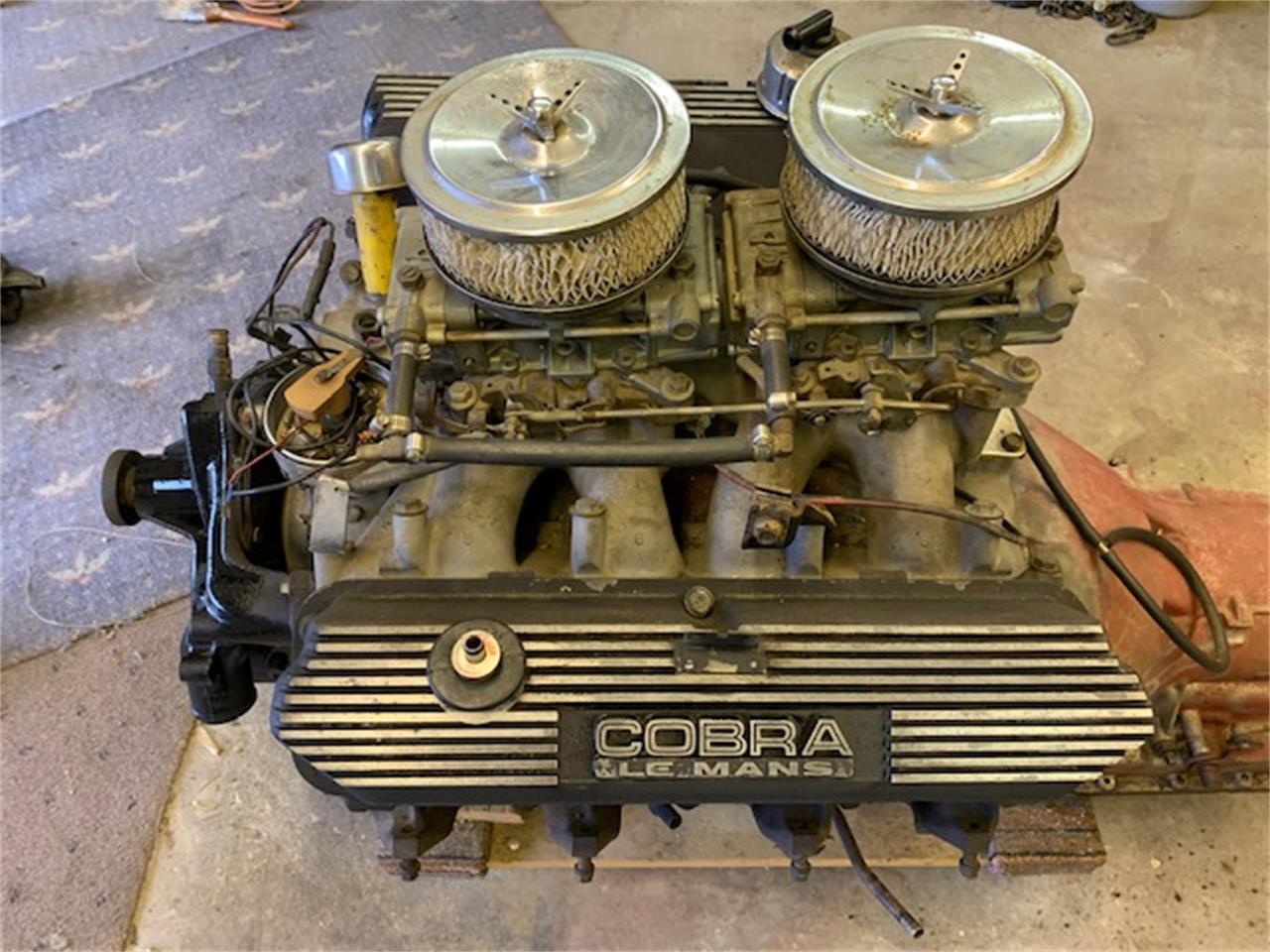 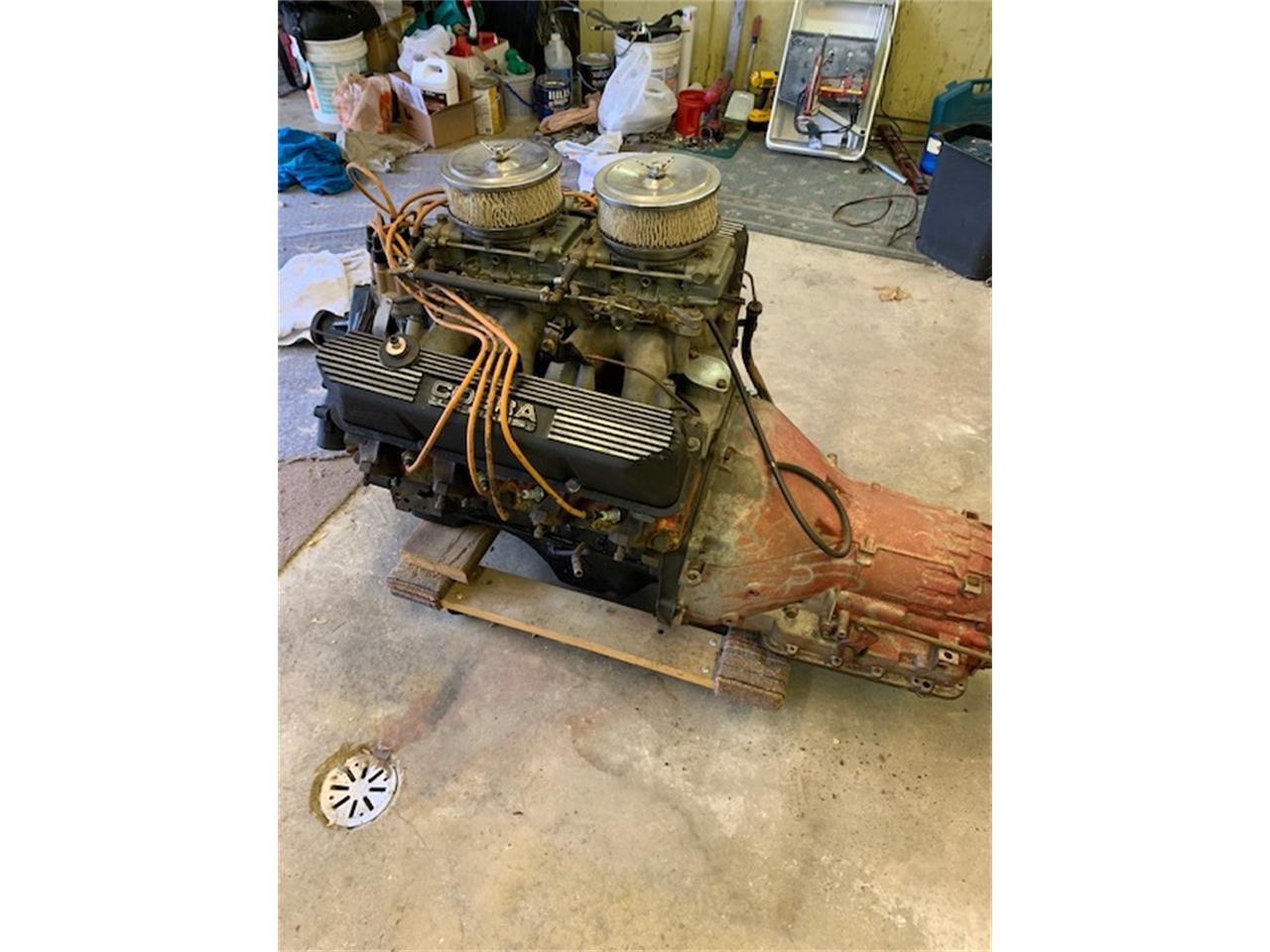 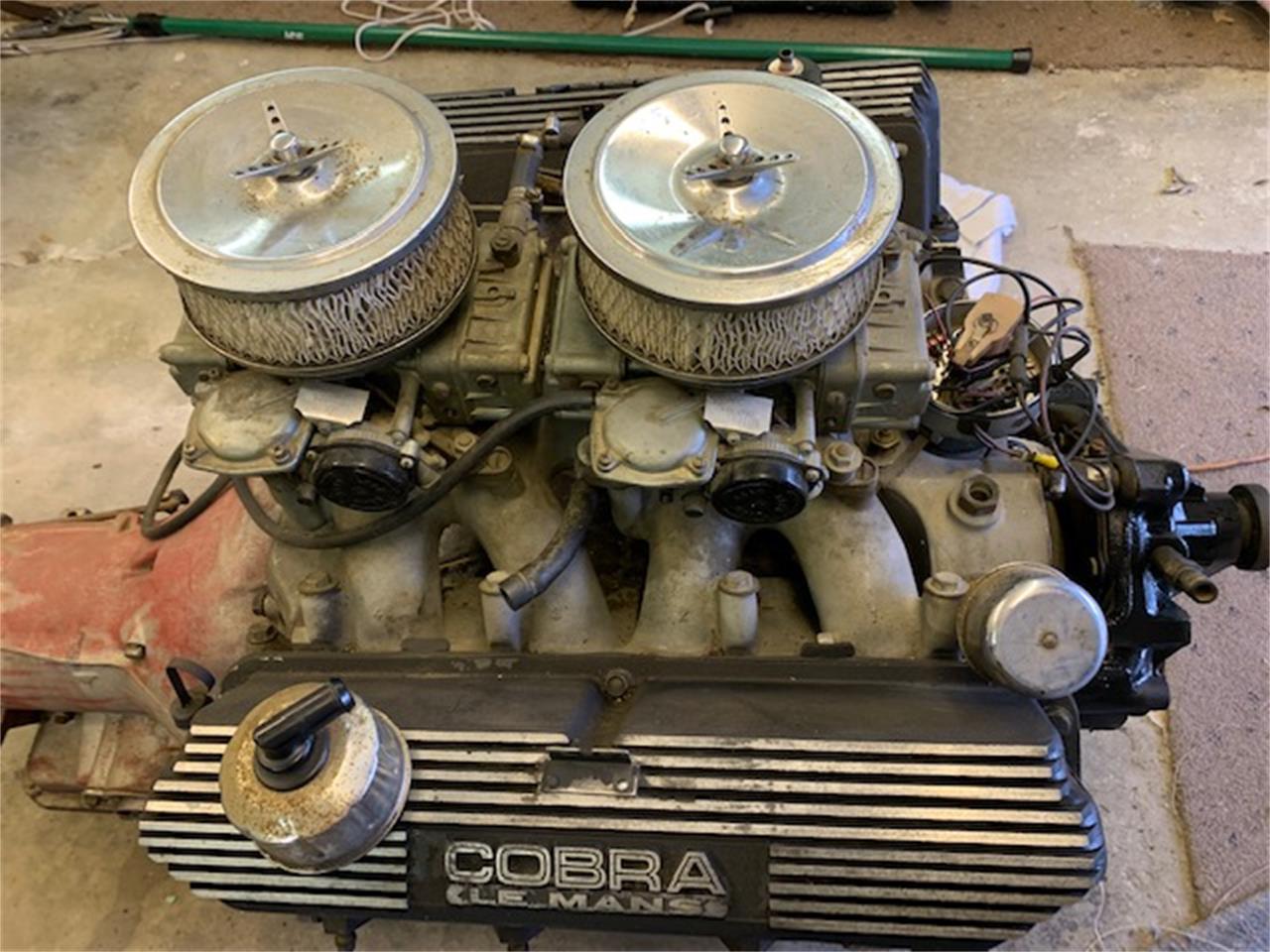 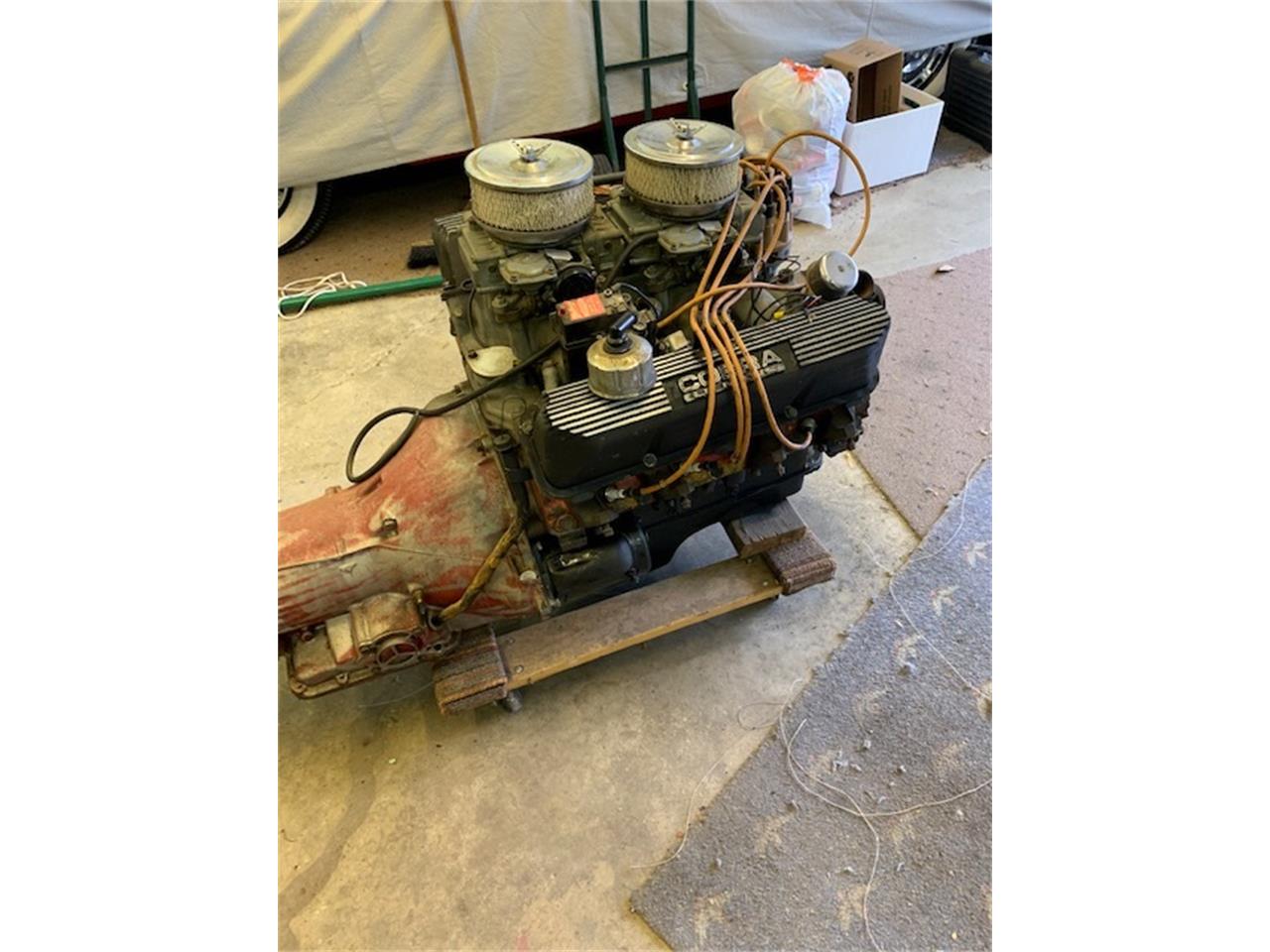 COBRA 427 FAIRLANE        ENGINE/TRANSMISSION ONLY!!! Items for Sale Includes Engine and Package Deal with C6 Automatic Transmission and Custom Headers.  The package has been stored in a climate controlled environment for the past 40 years.  Engine last ran 20 years ago! Description Side Oiler Ford 427 cu in (7.0 L) FE engine equipped with a duel 4-barrel 780 CFM Holley carburetor rated at the more powerful tune of 485 bhp (492 PS; 362 kW) with a top speed of 185 mph (298 km/h) in the (S/C) competition model.   History The side oiler, introduced in 1965, sent oil to the crank first and the cam and valvetrain second. This was similar to the oiling design from the earlier Y-block. The engine was available with low-rise, medium-rise, or high-rise heads, and either single or double four-barrel carburetors on an aluminum manifold matched to each head design. Ford never released an official power rating. The 427 V8 is a side-oiler. Introduced in 1963, its true displacement was 425.98 cubic inches, but Ford called it the 427 because 7 liters (427 cu in) was the maximum displacement allowed by several racing organizations at the time. The stroke was the same as the 390 at 3.784 inches (96.11 mm), but the bore was increased to 4.2328 inches (107.51 mm). The block was made of cast iron with an especially thickened deck to withstand higher compression. The cylinders were cast using cloverleaf molds— the corners were thicker all down the wall of each cylinder. Many 427s used a steel crankshaft and all were balanced internally. Most 427s used solid valve lifters with the exception of the 1968 block which was drilled for use with hydraulic lifters. Space-saving tunnel-port heads with matching intakes were available, which routed pushrods through the intake's ports in brass tunnels. As an engine designed for racing, it had many performance parts available both from the factory and the aftermarket. A race-ready NASCAR 13.6-1 high-riser was good for some +550 hp, depending on tune. This engine was also used in the A/FX-cars like the famous Fairlane Thunderbolt.