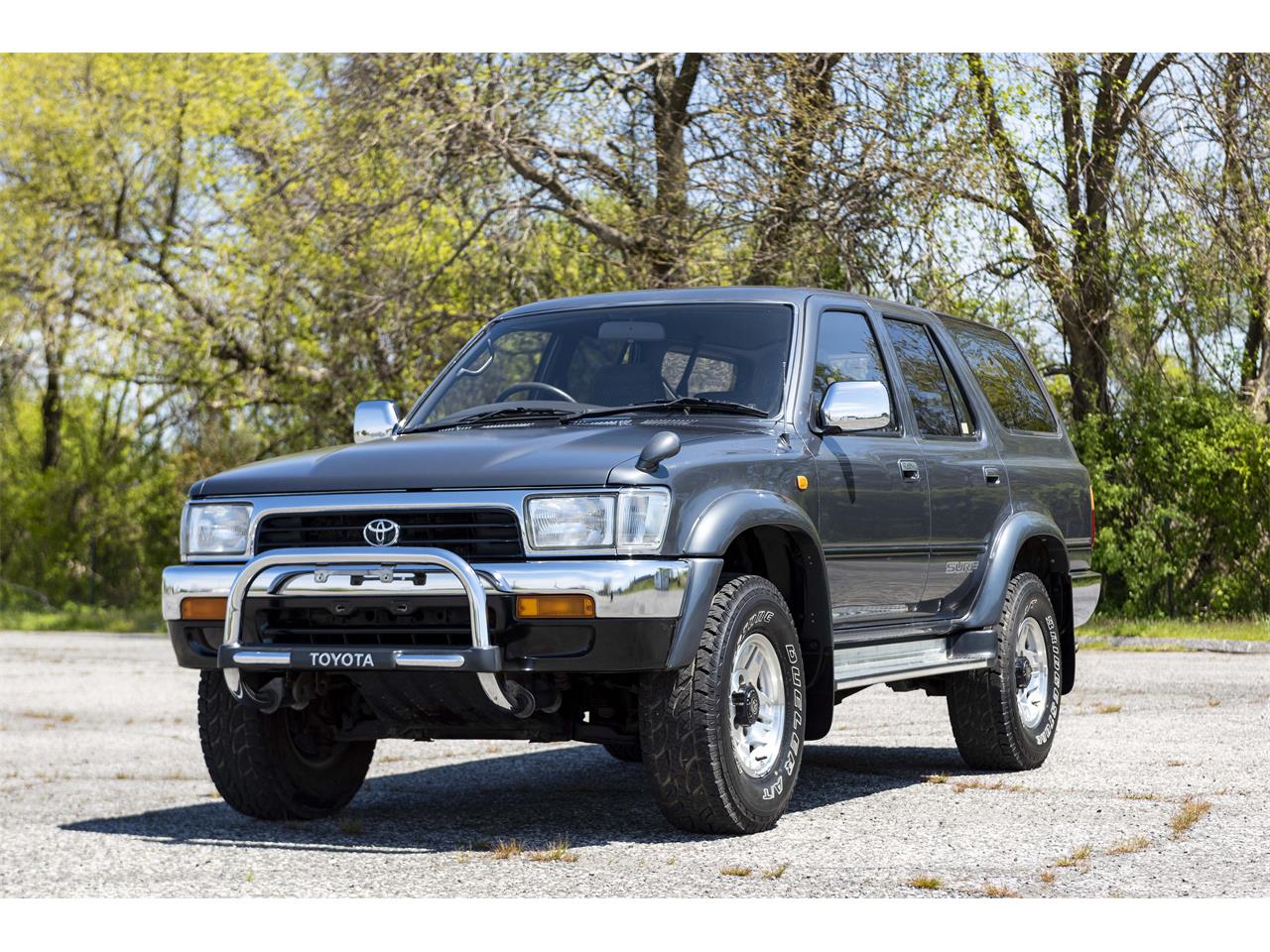 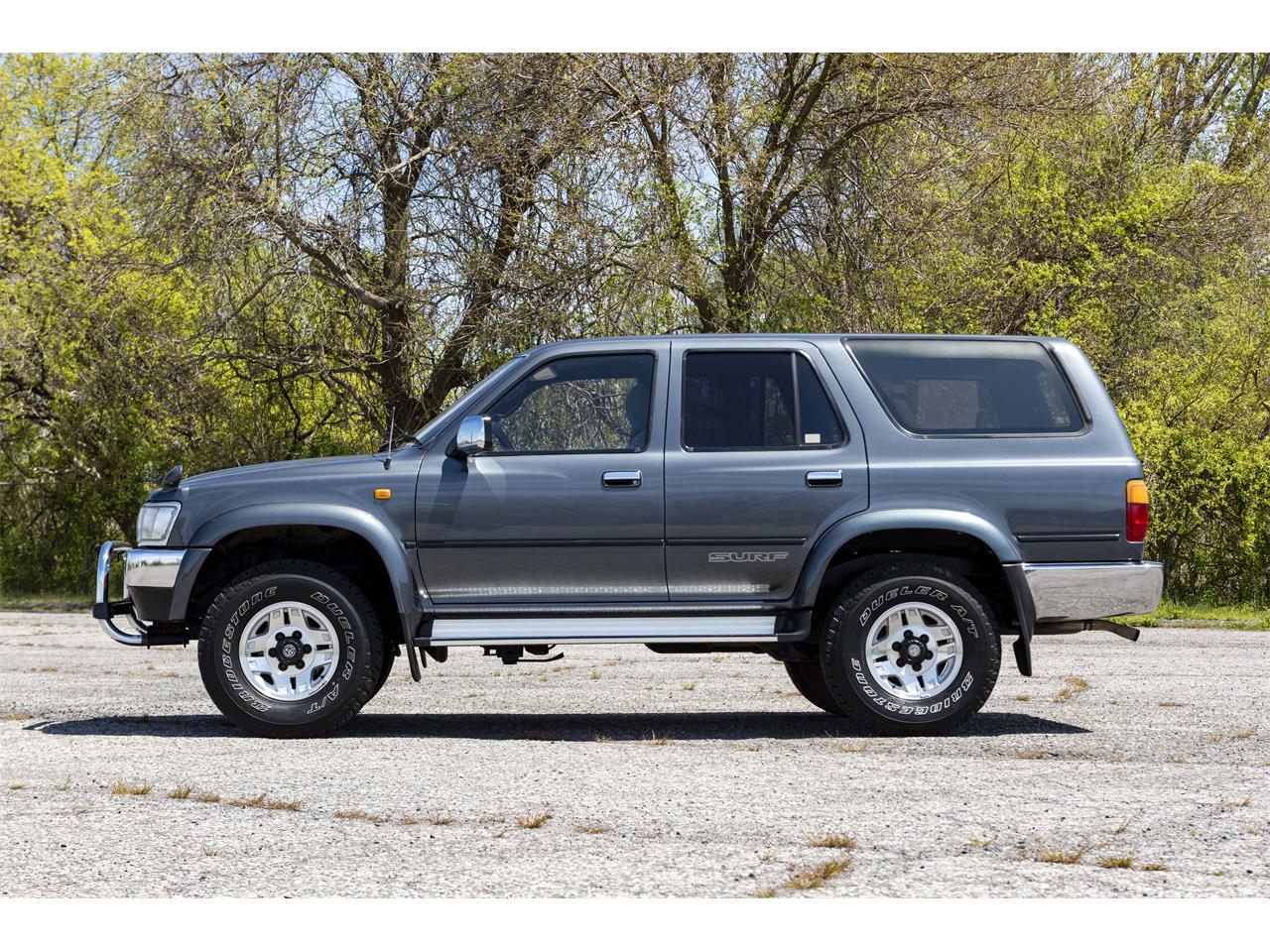 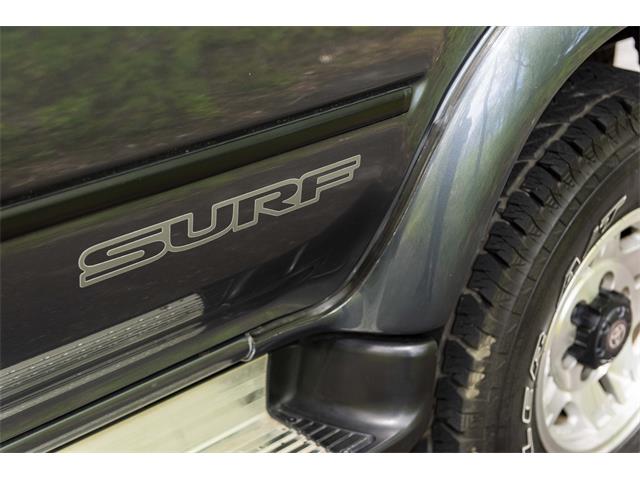 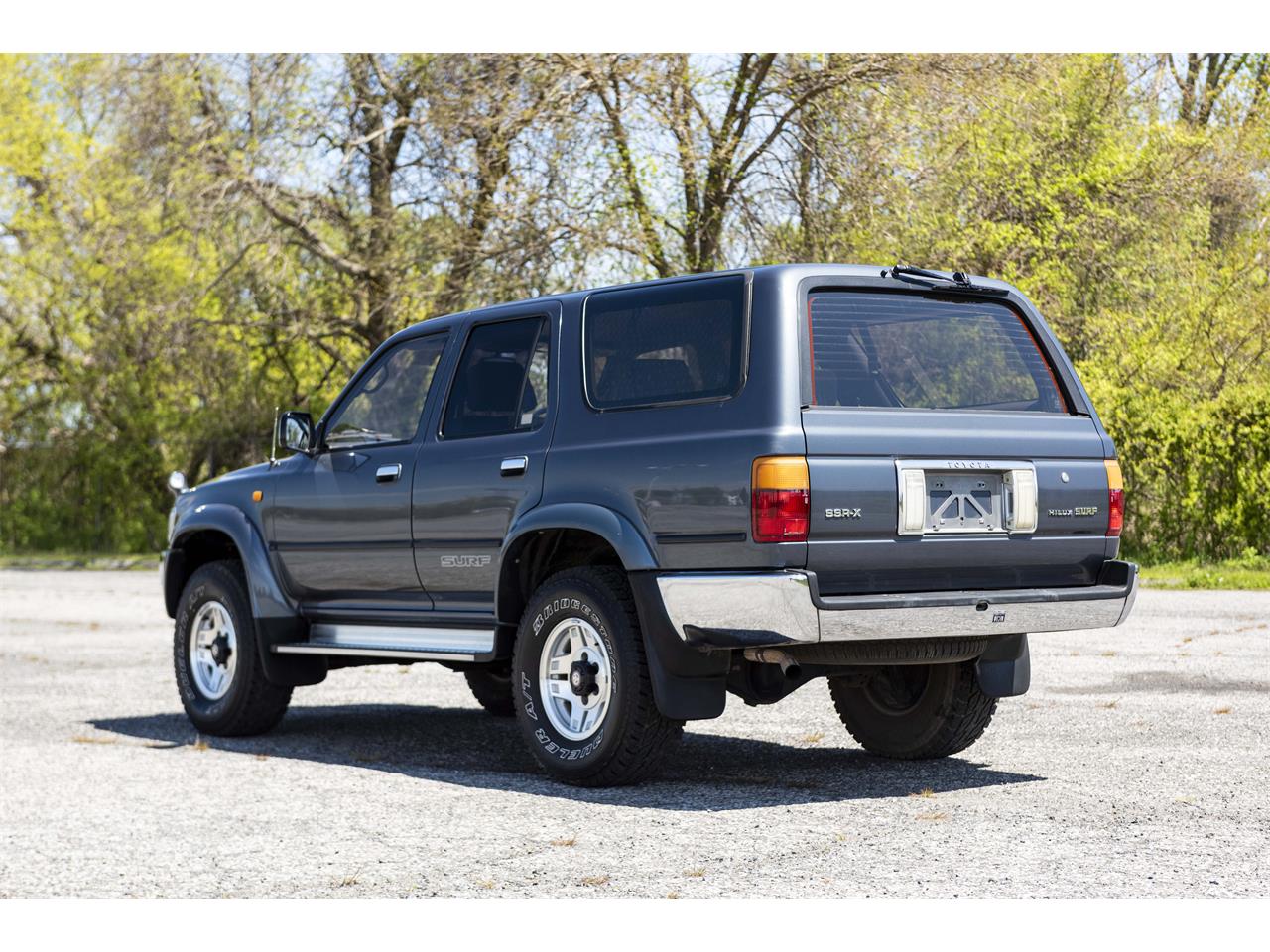 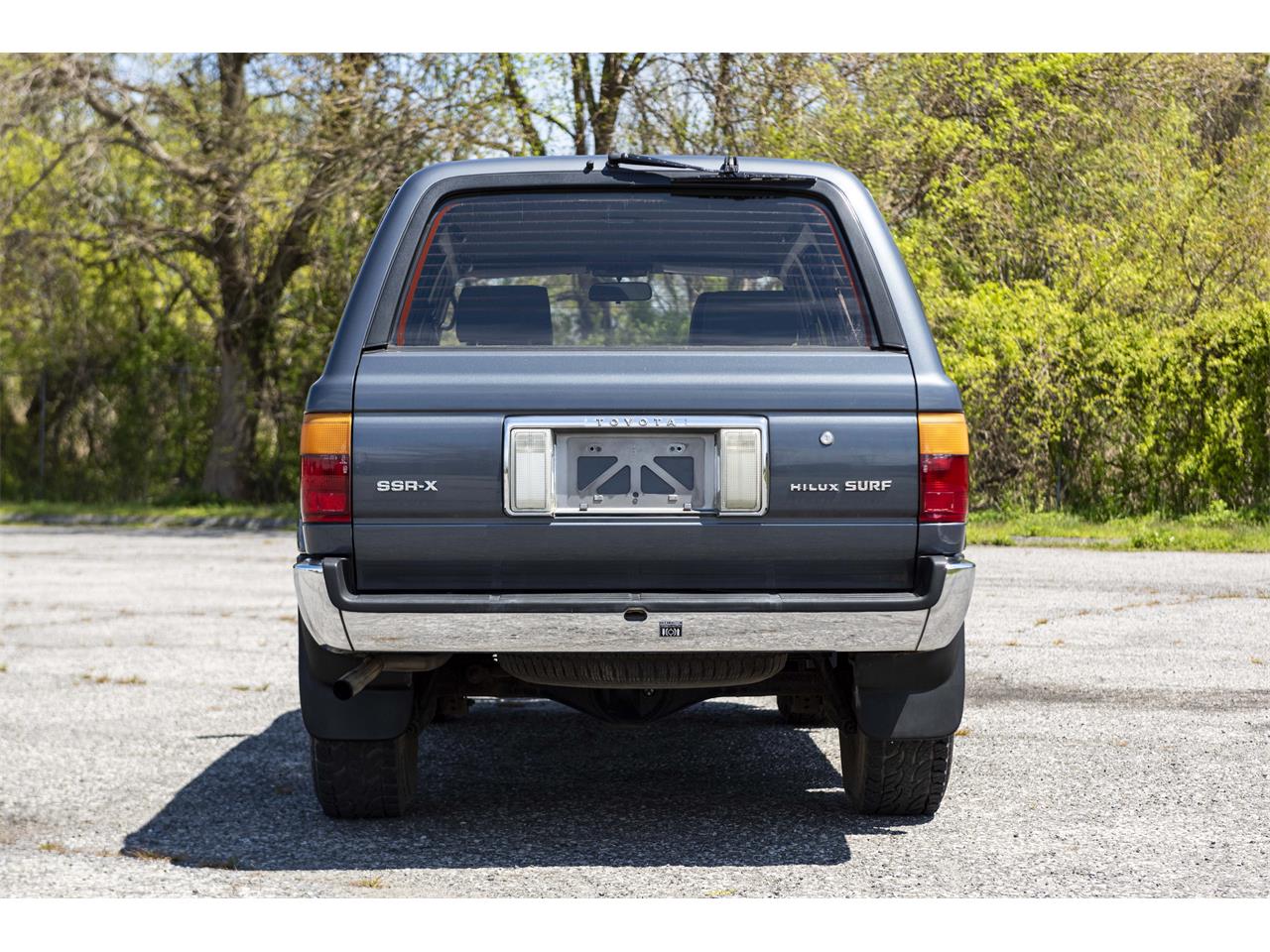 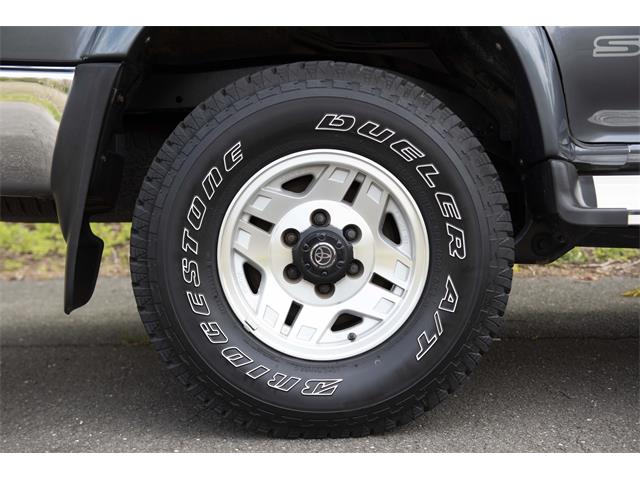 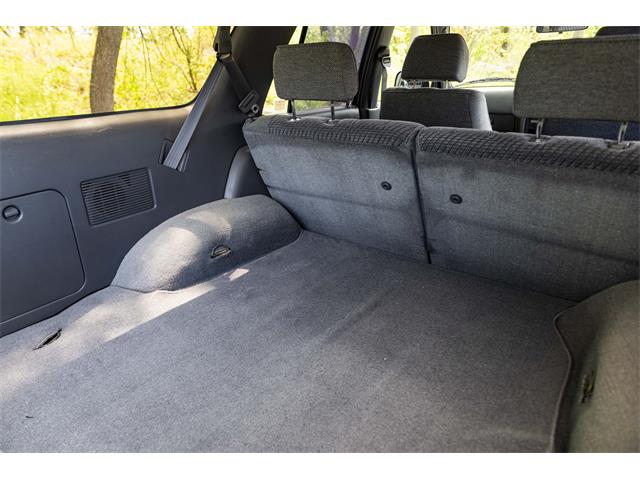 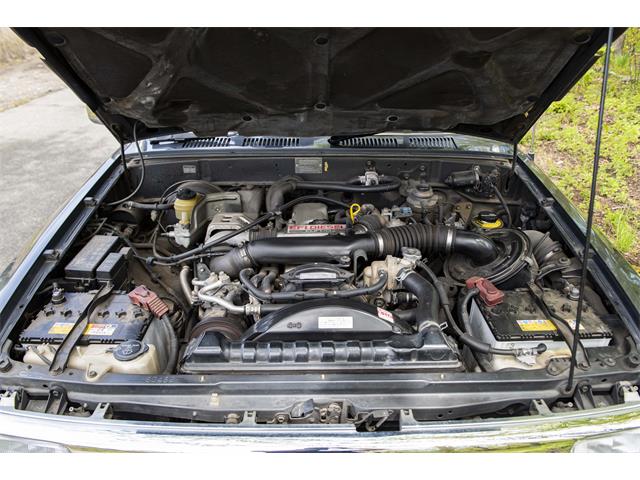 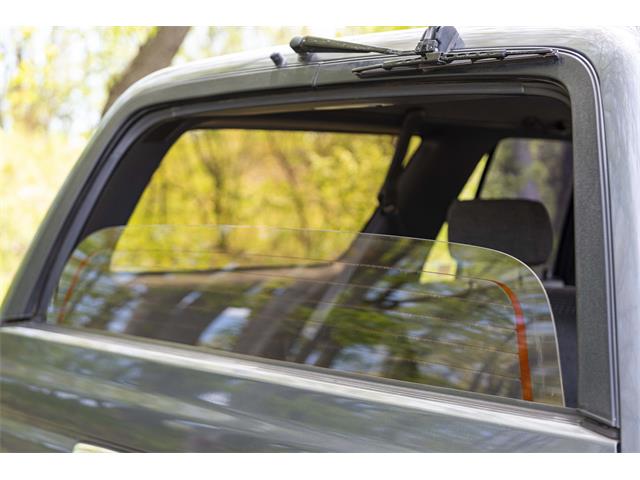 The second-generation Toyota Hilux Surf (4Runner in the American market) was a significant departure from the N60 chassis before it. Previously built as an enhanced pickup with a fiberglass top, the first generation Hilux Surf provided few amenities for daily life and, though it did come equipped with second-row seating, was not available as a 4-door SUV. While its off-road prowess was impressive, driving an N60 Hilux came with few luxuries for the average motorist. The second generation looked to build upon the capable nature of its predecessor by increasing daily usability without sacrificing off-road aptitude. The new Hilux Surf featured a full steel body freshly designed for the new SUV and was available with a range of engine, transmission, and driveline options. It offered air conditioning, power windows, and various other luxury amenities to accommodate for daily life. This 1993 Toyota Hilux Surf SSR-X is a very well optioned right-hand-drive example recently imported from Japan. It features the venerable 2.4L 2L-TE Turbo Diesel engine mated to a 5-speed manual transmission with four-wheel-drive as well as air conditioning, electric windows, alloy wheels, and upgraded Bridgestone Dueler tires. The interior of this truck is pristine, with little sign of wear present anywhere throughout the vehicle. The exterior is equally clean, featuring a beautiful shade of gray paint with chrome bumpers, wing mirrors, and an OEM chrome bull bar. The 2L-TE turbo diesel engine runs beautifully, and the manual transmission shifts smoothly through each gear. The odometer reads 113,208 km (70,344 miles). It is a joy to drive and would make for an excellent daily driver, weekend warrior, or adventure vehicle. It comes with full legal documentation of its entry into the United States and is ready to be registered in any state.